Even if a team from another conference wins the national championship, everyone in college football is still chasing the SEC. The annual revenue, the television contracts, the combined attendance, the number of programs selected for bowl games—the SEC still sets the standard.

That’s even more true entering the 2021 season with Texas and Oklahoma defecting from the Big-12 to join what will be a true 16-team super conference, with the addition of two of the biggest programs in the nation. They’re currently scheduled to join the conference in 2025, but it’s possible they’ll figure out a way to make it happen even earlier.

The SEC’s position at the top of the college football food chain makes the league irresistible to fans of college football betting, so here are tips and information to help you make the best choices when wagering on the nation’s premier conference at sportsbooks and betting sites.

To check out the latest odds or make a wager, go to our College Football Futures page. Odds in table above via DraftKings, and current as of publication. Check out our DraftKings sportsbook review.

How to Bet on SEC Football

Like every conference, the SEC has certain characteristics that set it apart, and that bettors need to take into account when considering weekend wagers. Here are five tips to keep in mind when wagering on your betting apps:

1. It’s Alabama and Everyone Else

The Crimson Tide may have lost to Clemson in two of three national championship games from 2017-19, but Nick Saban and Alabama got back to the top with a win over Ohio State in the 2021 title game.

Entering the 2020 season, the Tide have won five of the past seven SEC titles. Moneyline betting on Alabama opponents may appear tempting, but don’t be fooled. As history indicates, the Tide rarely loses to league opponents straight up.

2. Careful Against the Spread

And yet, the dominance of Alabama and the few other elite programs in the SEC doesn’t always translate to wins in point spread betting. The lines involving Alabama, Georgia and Florida can often be ridiculously large, and these aren’t the kind of programs that will pour it on once the game is in hand; they’re more likely to put in third-stringers to keep their stars from getting hurt.

3. Feast on the Fat Middle

The real competition in the SEC is found a level below national title contenders such as Alabama and Georgia, and in the league’s fat middle class.

You have a lot of programs, such as Texas A&M, Auburn and LSU, who are roughly on the same level and beating up on one another in an effort to get to better bowl games.

Contests involving these teams comprise the bulk of the SEC schedule, and they often feature narrower lines and more realistic moneyline options (especially for road teams) than those pitting the programs at the top of the league.

While the SEC hasn’t always been known for producing high-flying offenses, it now feature a few dominant teams that can roll up points on opponents, and a handful of others with strong quarterbacks and very capable passing attacks.

That translates in over/under betting into a fairly reliable rate of going over the total for elite squads such as Alabama, Georgia and LSU, as well as mid-tier teams with strong offenses. But if a team relies more heavily on the ground game, the under is often the better bet.

5. Home Field is No Advantage

The SEC has some of the biggest, loudest stadiums in America, and fans love to get caught up on how intimidating some places are to play. Don’t buy it. SEC teams play in tough environments every other week, and they get used to it.

Casual bettors routinely overestimate the importance of home-field advantage, which from a point spread perspective isn’t much of an advantage at all. LSU’s Death Valley is as crazy as it gets, yet the Tigers are just 9-10 ATS at home since 2018.

The SEC Championship has been the model other leagues have followed since its debut in 1992. Unchanged save for a move from Birmingham, Ala., to Atlanta in 1994, it pits the winners of the league’s Eastern and Western divisions.

Alabama and Florida have made the most appearances with 13 each, and the Crimson Tide have the most wins with nine. Bettors have their pick of the college football odds, from standard spread to moneyline and over/under wagers, with some books offering props due to the special nature of the event.

In the first 29 years, favorites and underdogs have each covered 14 times with one push, while the game has gone over 18 times – including 10 of the last 12 – and under 11.

When is the 2021 SEC Championship Game?

Where is the 2021 SEC Championship?

The 2021 SEC Championship is at Mercedes-Benz Stadium in Atlanta, Ga.

Where can I watch the SEC Football Championship?

You can watch the SEC Football Championship on CBS.

Can I bet on the SEC Championship Game?

Yes, you can bet on the SEC Championship Game if you live in one of the states that has legalized sports betting.

What is the last SEC football team to win the national title?

The last SEC team to win the national title is Alabama in 2020.

Who is the favorite to win the SEC?

The favorite to win the SEC is Alabama with odds of -170. 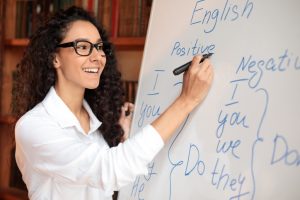